It has been a brutal week for the markets, but this is why we invest for the long term.

If you didn’t get a chance to read my January newsletter, here is a copy. It has come to play out much like we anticipated.

Why do we stay invested then? We stay invested because no one has a crystal ball, and we are invested for the long term. Market timing has proven to be a bad strategy. While I know a rollercoaster ride like this can be uncomfortable, sometimes it takes this level of unrest to get our appropriate risk levels back in line after a large bull market run.

Now is the best time to call and schedule a meeting if you are feeling uneasy with your portfolio. I am available to look at things, discuss investment philosophy and realign your risk tolerance if appropriate. The S&P 500 recently entered a bear market, down 20%+, this bear market is driven by recession fears, incredibly high inflation and the Federal Reserve raising interest rates. Let’s break each one of these items down to get a better understanding of our current situation.

Recession Fears – 5 Facts you should know about a recession:

Once a recession ends, we enter an expansion period of growth. The good news at the end of historical recessionary periods is that expansions tend to last much longer than a recession, 67 months compared to the average recession of 11 months.

Everything You Need to Know About Recessions

When do stocks historically begin to rise again? I think to answer this question we must understand that by the time the NBER announces the start of a recession, it is normally over halfway finished. Historically, it has taken the NBER at least 6 months to determine if a recession has started; occasionally, it takes longer. The average post-WWII recession lasts 11.1 months. Often, by the time the bureau has figured out the start of the recession, it’s close to the end. The market tends to anticipate the beginning of a recovery long before the NBER does, and stocks begin to rise around the time of the actual economic turnaround. Let’s take a look at a few of the more recent recessions for that answer.

How would you have done if, in every bear market since World War II, you bought stocks on the day the S&P 500 closes below the 20% loss threshold (entered a bear market). Sometimes the upturn happened shortly after the 20% threshold was reached, and other times the market continued to fall before it eventually turned up. With time on your side you would have done very well. Over the 12 months following your buys, your average total return would have been 22.7%. 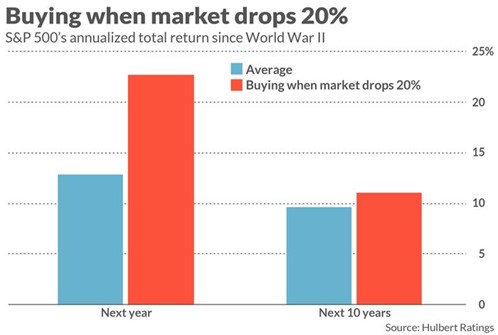 This illustrates why we stay invested and why it is nearly impossible to repeatedly time the market. One of my favorite quotes on timing the market is from famed investor Peter Lynch who said, “Far more money has been lost by investors trying to anticipate corrections, than lost in the corrections themselves.” Market correction can often present an opportunity. Warren Buffett is famous for saying “A market downturn doesn’t bother us. It is an opportunity to increase our ownership of great companies, with great management, at good prices.”. 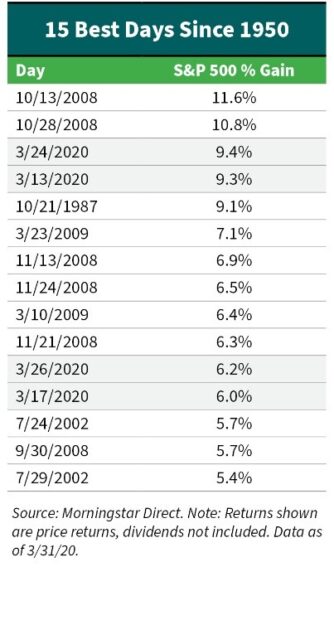 Surprisingly, ALL of them occurred within bear markets, not bull markets, like you might expect. The biggest upturns in the market can happen during times when it’s hardest to remain invested. Recency bias would suggest that someone’s most recent experience has the greatest influence on their decisions. Investors tend to sell after a meaningful market selloff, and buy after a market rally. 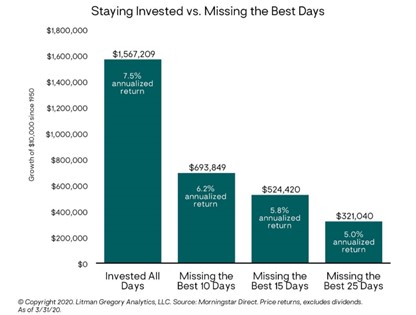 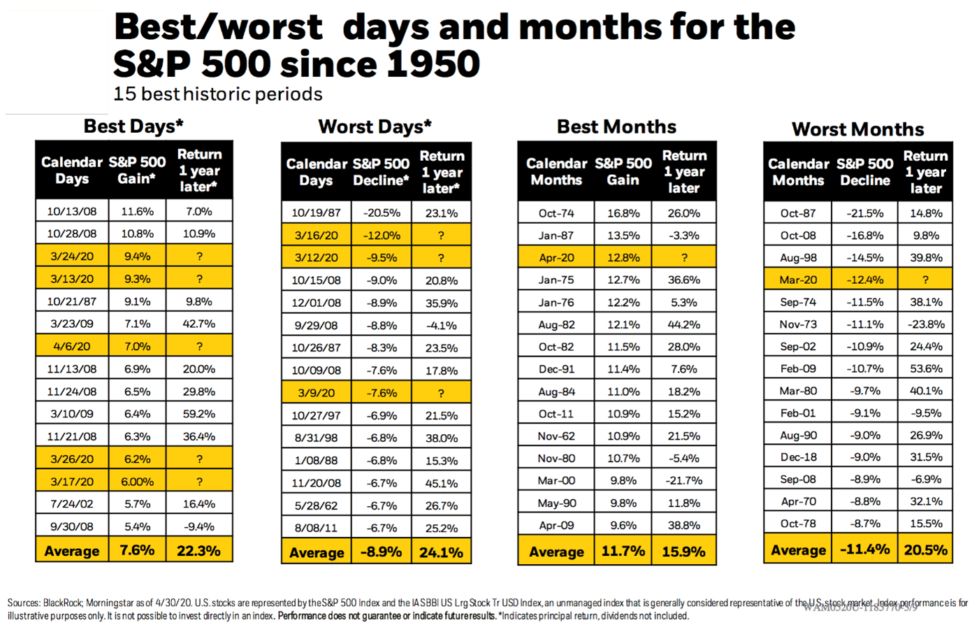 One of the most important benefits of working with Lockwood Financial Strategies is that I can help you manage your financial situation in a holistic way, which will enable you to stay true to your long-term investment strategy with guidelines, discipline, and risk management. The best times to have conversations are when you are uncomfortable. That is when we can really dial in your risk tolerance, and prepare a plan for your long-term retirement picture, not just the next 12-24 months.